"Sometimes a musician has such an inborn desire to communicate that her message naturally becomes universal: it doesn't matter whether she is singing soul or bel canto or folk. Such was the case with the Ukrainian singer Mariana Sadovska."
Ben Ratliff, The New York Times.

Mariana Sadovska is a singer, musician, actress and composer. Born in Lviv, Ukraine, she now lives in Koln, Germany and works throughout Europe and the U.S.A. Her work in music and theater has always been inspired by the indigenous cultures and sounds from around the world. By organizing ethno-musical expeditions, she has collected a large body of traditional songs, stories and rituals which she transforms into modern sounds for today's generation.

Combining story-telling with singing, her performances are a theatrical expression of her inner desire to connect the past with the present through music. In her CDs and through her workshops and theatrical collaborations, her aspirations are always to find a way to bridge the gap between ancient, traditional sounds with the contemporary - bring the present generation in touch with their past as well as connecting the older generations with the present. She has found that this longing is not only her own but shared by many artists and audiences around the world. Her endeavor has naturally brought her around the globe through invitations from various artists, theatrical groups and universities, all seeking to find a way to bridge that gap.

She began her work with Les Kurbas Theater (Lviv, Ukraine) in Anatolyi Vasiliev's Festivals in St. Petersburg and Moscow, where she was selected for the "Slavic Pilgrim Project" led by Jerzy Grotowski in Pontedera, Italy. In the same year, she was invited to join Theater Gardzienice where she worked for 10 years as an actor and music director. During her residency with Gardzienice, she began her exploration of indigenous music and cultures, leading her to expeditions in the Ukraine, Ireland, Egypt, Cuba and Brazil. She has since organized many cultural exchanges between contemporary artists from Europe and the U.S. with the native singers of Ukraine. 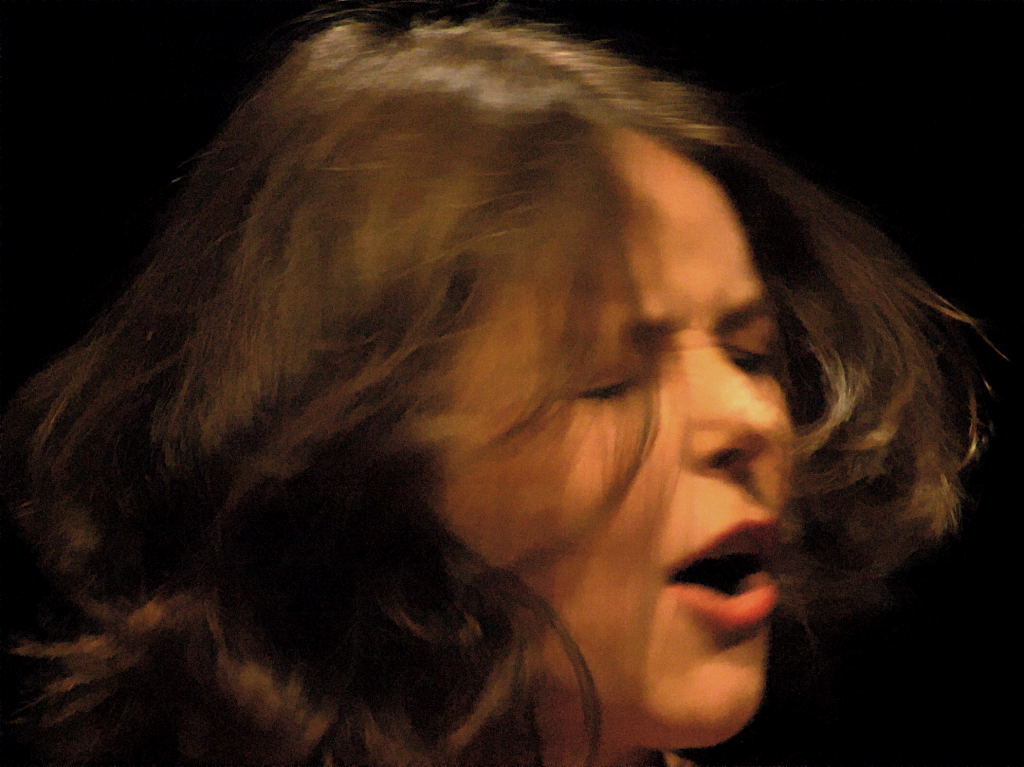 In 2001, she moved to NYC with a Stipend from Earth Foundation where she worked as a music director with La Mama E.T.C.'s resident theater company, Yara Arts Group. During her residence in NYC, she began work on her solo performances as well as collaborations with such renowned artists as Michael Alpert, Anthony Coleman, Frank London, Victoria Hanna and Sanda. In 2002, Global Village produced her first solo CD "Songs I learned in Ukraine." In 2005, Mariana Sadovska and EVOE performing artists produced her second solo CD "Borderland." Since then, she has been invited back every year for solo concerts, workshops and theatrical collaborations, performing in esteemed venues all around NYC: Joe's Pub, BAM, Macor, Galapagos and Exit Art Gallery.

She teaches workshops on the techniques she has learned and developed through her travels. She is leading workshops around the world at the Grotowski Center (Poland), Giving Voice Festival (GB), International Workshop Festival (Israel), The Royal Shakespeare Co.(London), as well as various universities in the U.S.A. (Harvard, Swarthmore, Buffalo, NYU and Santa Barbara). In July 2005, she was teaching workshops at the University of Kabul (Afghanistan).

This Spring, she was a Guest Musical Director for the Art Atelier Program curated by Toni Morrison at Princeton University.